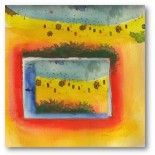 find out how australians do things, how we see the world and the world sees us

Australia – arms around you

The ABC, or ‘Aunty’ as we like to call her, is Australia’s independent government-funded broadcaster. This beautiful promotional video shows some of the best sides of Us, this multicultural country.  … Continue reading →

Complete the poll and see how you go.  Go here for the accepted Australian view

Minister called on to resign

Recently an Australian member of parliament was called on to resign for calling a government agency to get his son special treatment. The general Australian public does not like to … Continue reading →

Is Australia a secular society or not?

Today The Hoopla blog posted an article commenting on the reaction of people to our first Muslim member of parliament using the Koran to swear his commitment to (his) god, … Continue reading →

Internationally acclaimed musician, political activist and leader, and educator, M Yunupingu has died at home on 2 June 2013, in the Northern Territory. Yet another Aboriginal man claimed by kidney … Continue reading →

Did you know that many Australians LOVE Indian films?  Check out the Indian Film Festival Melbourne which includes Bollywood and arthouse Indian film as well as a short film competition … Continue reading →

Australians don’t know how lucky they are | Paola Totaro | Comment is free | guardian.co.uk

Is Australia still the “lucky country” or is life here getting harder and harder?  Read this article from the British newspaper, the Guardian, and see what it British journalist Paola … Continue reading →

Australia, centre of the world!

Australia – centre of the world – at least on our maps!

Commentary from the Australian newspaper on the Second Australia India Youth Dialogue conference and its implications for both India and Australia. Youth holds key to vibrant Australia-India relations Related articles Beyond Commonwealth, … Continue reading →

Prime Minister, we need to talk about race

REBLOG from The Hoopla The Hoopla’s political reporter, Chinese Australian GABRIELLE CHAN, writes a very personal piece about race and politics in Australia, and issues a warning to then Australian … Continue reading →

Success story of a refugee

The inspiring story of John Gulzari, a Hazarra from Afghanistan, who talks about his life in Afghanistan, his beliefs, interests and struggles and how made a home for his family … Continue reading →

Less stress in Australia than China